ENOVITIS IN CAMPO 2021: BACK TO PIEDMONT AND BACK TO MONFERRATO

15 years after the first and so far the only edition held in Piedmont, Enovitis is back in this important Italian Region at the centre of viticulture in the north-west of Italy, hosted by the Pico Maccario winery, which for the second time will see the best in wine technology at work in its vineyards.
Monferrato, with Barbera as its identity vine, is home to numerous other prestigious native vines, which shows the remarkable biodiversity of the area. There are in fact 13 designations of origin that exist in the Monferrato area, including 3 Docg.

PICO MACCARIO, THE ROSE OF WINES 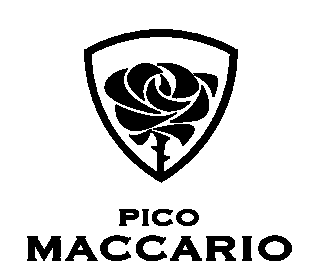 The Pico Maccario winery covers over 100 hectares of vineyards in Mombaruzzo, in the province of Asti. Managed with the aim of making it a model of modernity, both in the vineyard and in the cellar, it has always had a rose as its symbol: 4500 single-clone rose plants have the dual function of indicating the starting point of each row and signalling in advance, as per tradition, the diseases that could soon hit the vines.
The vineyards are mainly planted with Barbera, and to a lesser extent Merlot, Cabernet Sauvignon, Chardonnay, Sauvignon Blanc, Freisa and Favorita.
The Pico Maccario winery has always dedicated a large part of its resources to technological innovations and research in the vineyard, convinced that any change, if well calibrated, can generate higher and higher quality of wines.